This is a huge value if it relies only on State budget and official development assistance (ODA) capital. Therefore, according to economic experts, attracting private capital via the form of public private partnership (PPP) is the key to this capital shortage. However, PPP enforcement is currently facing many difficulties.

Speaking of difficulties in transport infrastructure investment projects in the form of PPP, Mr Pham Quang Dung, President of Tasco Joint Stock Company, said transport infrastructure investors are facing a lot of risks. For example, construction capital and owner’s equity invested are not counted as profits in the course of construction. Shareholders lose confidence because they do not receive dividends. Meanwhile, companies have to borrow money at high interest rates, even 1.3 times higher than coupon rates of government bonds.

Besides, they also have to face time risk as, according to the law, an investment project must recover investment capital in 20 years or so. However, during the first 10 years of operations, revenues from infrastructure using fees are barely enough to pay interest rates to banks. Hence, incentives offered by the Government like corporate income tax reduction in early years make no sense. Companies will make a profit after 20 years of operating infrastructure works but they will no longer enjoy incentives.

Mr Ho Minh Hoang, General Director of Deo Ca Investment Joint Stock Company, said, Deo Ca Tunnel Project was started in November 2012 and expected completion in July 2017 with a total initial investment of about VND15,603 billion. However, the investment capital was revised down to VND11,378 billion without any change made to items to be invested. The project was carried out in the BOT and BT forms, of which the BOT form accounted for 66 percent of capital.

He added that, according to the contract, the land clearance and resettlement construction, which cost VND539 billion funded by the State Budget, were undertaken by local authorities. According to the plan, the site clearance would be handed in the first quarter of 2013 to provide the foundation for the construction of main items. However, this work was extended to August 2014. Meanwhile, the State budget was not enough for site clearance. And, to keep on the work, investor had to borrow money to carry out this work. At present, although the land clearance and resettlement construction had been completed, investors have not fully repaid.

“In addition, investors also bear the risk of fee rates and vehicle growth rates. Under the project agreement, toll rates are determined by agreements between the investor and the Ministry of Transport. Nevertheless, traffic tolls are being revised to conform to current regulations, resulting in the disparity of contract terms and existing regulations. Besides, the fee adjustment terms are also specified in the project contract but, according to current regulations, the changes must be agreed by Ministry of Finance and local authorities. Eventually, fee rate adjustment is out of control of the investor,” he added.

Mr Nguyen Danh Huy from Project Management Unit for Public Private Partnership under the Ministry of Transport, said, to meet development requirements, the Government issued Decree 15/2015/ND-CP on PPP investment and Decree 30/ND-CP detailing the implementation of some articles on investor selection in the Law on Procurement to facilitate infrastructure construction investment. But, instructive circulars on the enforcement of these decrees are yet to be promulgated.

He said normative documents on PPP are now only at the level of governmental decree. Thus, the legal framework for PPP will depend heavily on specialised laws throughout the lifespan of PPP projects. Meanwhile, this form of documents is primarily used to regulate public investment. Furthermore, the stability of a decree is not high – this is a big concern for foreign investors.

As transport infrastructure investment always requires a lot of capital and the payback period is long, investors are proposed to be granted additional support to enhance the feasibility of projects. Nevertheless, this proposal has not been accepted as concerned parties have not found out appropriate financial plans and measures to ensure interests of all stakeholders like the Government, communities and investors. For example, a toll hike must fit the framework set by the Finance Ministry and the affordability of citizens.

Dr Tran Dinh Thien, Director of the Vietnam Institute of Economics, said, to attract investment capital for transport infrastructure, it is necessary to change investment attraction methods. We need a regulatory framework to ensure the safety and minimised risks for investors, and establish the status of investors more firmly.

Mr Ho Minh Hoang proposed supports for investors in site clearance to speed up this work to provide the ground for construction. Particularly, tariffs and tariff adjustments should be included to the contract from the beginning and investors will therefore do not need to ask for permission for change. The Government may revise up fee rates to shorten the payback period for projects.

According to economists, the Government should consider asking the National Assembly to issue government bonds for PPP projects. As for locally managed projects, localities should be allowed to use excess tax revenues to join PPP projects. Besides, it is important to diversify long-term, specialised capital mobilisation channels like transport infrastructure development investment fund to finance fund transport infrastructure development to reduce dependence on bank loans. 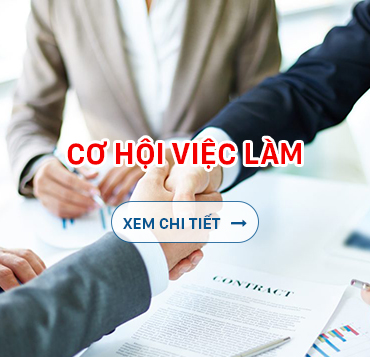